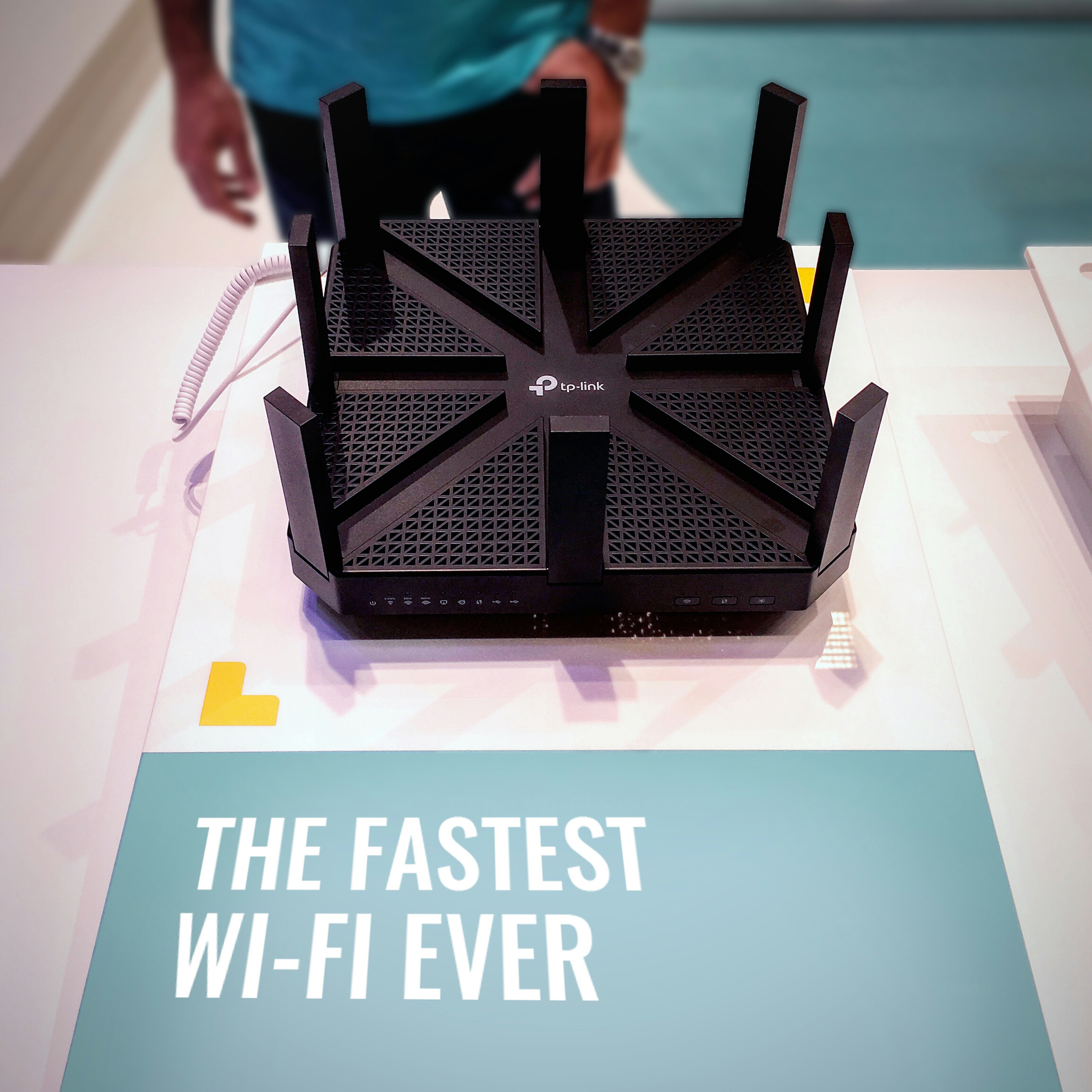 As seen at IFA 16: a review of the world’s fastest router

At this year’s IFA, we had the chance to speak with TP-Link about the world’s fastest router – the Talon AD7200. Now, you may be thinking, with so much technology to choose from at IFA, why should anyone care about a router?

This router drew our attention as it’s the first with 802.11ad Wi-Fi, also known as “WiGig.” WiGig technology offers extremely high throughput, meaning it’s blazing fast! With the Talon AD7200, you can stream and transfer files at unprecedented speeds of 7 Gbps! According to TP-Link, the router transfers an entire feature-length 4K movie (100 GB) in less than eight minutes, or 100 photos (a total of 150 MB) in less than a second!

The Talon AD7200 reaches these amazing speeds on a new, interference-free 60 GHz band. The drawback with this high-frequency band, however, is that it has a short range. In most homes, the majority of entertainment devices (your TV, set-top boxes, stereo system, and gaming consoles), are in one room, so this is hardly a reason to pass on such amazing speeds. Plus, the Talon AD7200 uses multi-band Wi-Fi technology. When you move out of the WiGig range, your devices are automatically switched to the router’s other high-speed Wi-Fi bands.

If you’re still not sure this is the right router for you, here are some other specs we found impressive:

If you create and consume a lot of 4K video content, this router is definitely the one you want in your home. It’s also great for online gamers and tech-savvy consumers who want the top performance from their Wi-Fi.

That’s our take on the Talon AD7200 router from TP-Link! A big thanks to the TP-Link crew for their gracious hospitality and for answering all our questions at IFA. We’ll be watching for more exciting networking products from them at future events!

Tiffiny brings over a decade of technology marketing experience to Tuxera as our Head of Marketing. Before joining Tuxera in 2016, she wrote about technology, consumer electronics, and industrial tech for Nokia, Microsoft, KONE Corporation, and many others. Around the office, we know Tiffiny for her love of geek culture, console gaming, and her adoration for Cloud City’s Baron Administrator, Lando Calrissian.
consumer electronicsfast networkshome networkingIFA 2016network technologyroutersWi-Fi
Share This Story