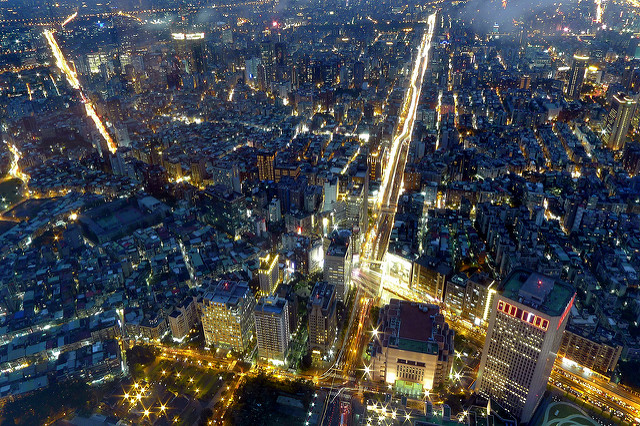 While events like CES draw a lot of media attention, Computex remains a mystery to most western consumers. But the event – hosted yearly in Taipei, Taiwan – is a big deal to the tech world! As Brad Chacos of PC World put it best, “What is dreamed at CES is delivered at Computex.” At the event we get a realistic picture of the tech goodies we’ll have in hand by the holiday season. That’s just one of many reasons we’re eager to be at Computex for our fourth year in a row!

Computex has an all-new brand position for 2016. Compared to previous years, which used the tagline “Shaping the future!”, the 2016 conference promises, “Building Partnerships in Internet Computing Ecosystems.” The event is built around four themes reflecting current megatrends in the ICT world: IoT Technology Application, Innovation and Startups, Business Solutions, and Gaming.

From our perspective, the new brand positioning is a perfect fit for Computex! Since we first attended in 2012, the event has been important for strengthening our partnerships, especially with original device manufactures (ODMs). According to Joel Catala, our Director of Embedded Solutions, “We have a lot of customers in Asia. Taiwan is the birthplace of the ODMs and some of the world’s most innovative brands. Our presence at Computex reinforces our relationship with the whole technology ecosystem. Computex is also our chance to see what trends are emerging in our biggest market. And it’s a great venue to promote our new technologies, which we’re enthusiastic about sharing with the tech world.”

Epic fail? No problem! We saved your data.

IoT devices generally use flash memory to store recorded data because it’s light, compact, and is more durable than mechanical drives. In the event of a sudden loss of power, such as the battery dying or damaging impact, you would normally lose the last critical seconds leading up to the failure. With VelocityFS by Tuxera, however, you won’t lose those last moments of data, and it won’t be corrupted. This fail-safe flash storage technology is one of the most important benefits we offer when it comes to IoT devices.

All the data recorded from IoT devices needs to be stored somewhere and should be easily accessible to other devices. Server Messaging Block (SMB) is a network file-sharing protocol installed in 90% of the world’s computers – so it’s heavily used for sharing media and other content within modern homes. In this way, our SMB-server implementation, Fusion File Share, fits into the IoT realm. Fusion File Share ensures rapid file transfer when installed inside network storage devices, smart TVs, routers, and other connected devices.

Stream something different to every room

Our popular streaming solution, AllConnect, brings all your devices together – smart TVs, WiFi speakers, tablets – even your cloud services and media servers. With AllConnect, you can simultaneously stream as many videos, pictures, or songs you want to all the devices around your home, no matter the platform. The app itself has over 3 million downloads. AllConnect streaming solutions are also offered as SDKs, so any company can pick them up and use the software components as part of their own solutions.

What else to expect from the event

We’ve scoped out some rumors from around the web, and we’re definitely excited about what we see. ASUS, for example, is rumored to launch both the ZenFone 3 and a new ZenBook at Computex. Microsoft may also delight us with a look at its VR technology and the visual experience of its Windows 10 operating system. Plus, the gaming community is abuzz with talk of Gigabyte’s next-generation gaming motherboards and new graphics processing units (GPUs) from AMD. We’re looking forward to seeing if these rumors prove to be true!

Are you attending Computex 2016? We’re there from May 31 to June 4, and we still have some slots left for our Tuxera Technology Showcase. Get in touch at computex@tuxera.com to reserve your seat!