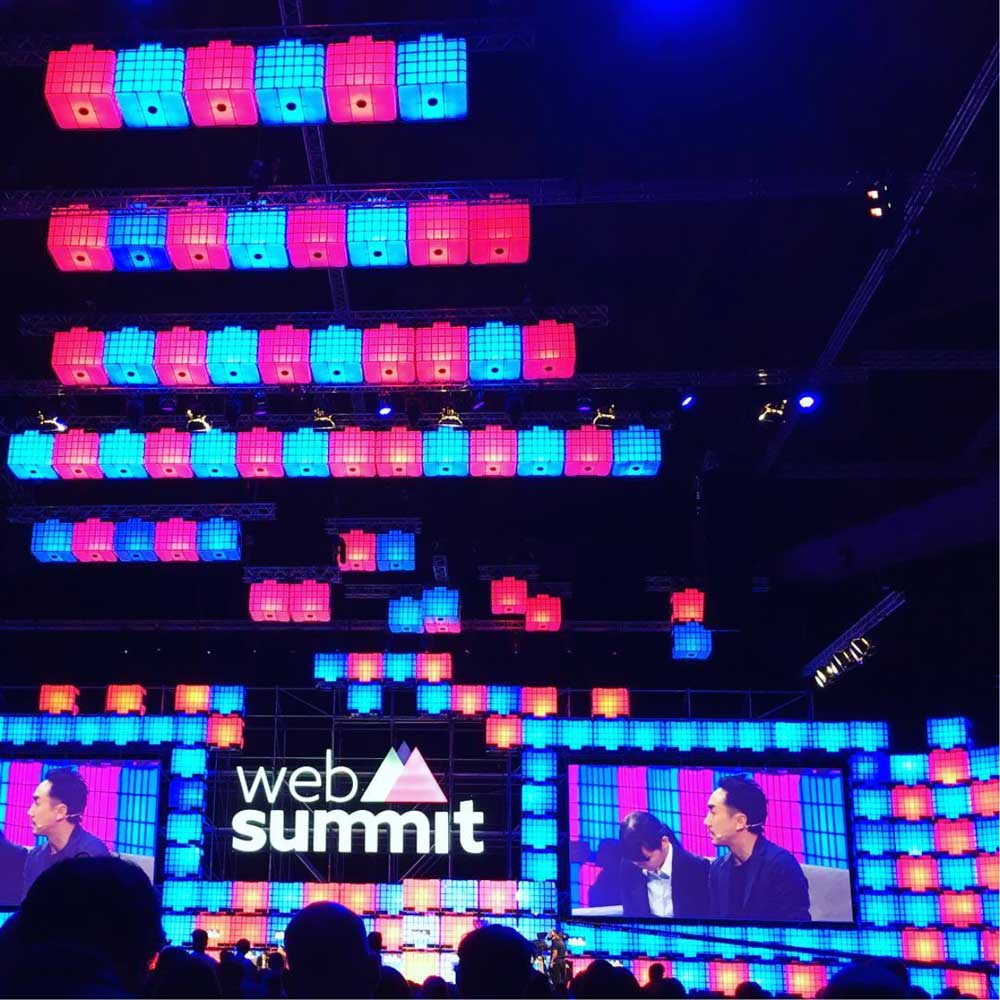 Web Summit 2016: self-driving cars on the roadmaps of all auto makers

This year’s Web Summit was relocated from Dublin to Lisbon, with generous support from the local government, who seemed to have a mission to raise Portugal’s profile in the modern global economy. And it did make a great impression highlighting the buzzing local tech scene – not to mention the sunshine!

As usual, the event itself was stuffed to the brim with interesting speakers, workshops, and discussions. Three days of conferences covered a wide variety of topics from the societal impacts of technology to marketing, software development, fashion, music, and robotics.

The road ahead is autonomous

One of the most interesting tracks this year was the Autotech conference, focusing on autonomous vehicles, drones, robotics, and AI. The stage featured big-time players like the venture division of Yamaha motor, interesting startups like Veniam, and people from academia.

The common feeling was that autonomous vehicles are a big thing for everybody in the automotive business. Self-driving cars were on the roadmap for Renault, and BMW’s executive keynote showcased how they are looking to bring their idea of self-driving cars, the BMWi, to the roads by 2021. No wonder almost every car maker or “mobility company,” as they call themselves nowadays, is pouring venture capital into vehicles.

On the tech side, this pretty much affirms the notion that cars are becoming more and more smartphones on wheels. Development cycles are longer, security and reliability issues harder, but just like in phones before iPhone, the next revolution in cars will happen in user experience.

That takes a lot of work, though. Maybe the biggest obstacle is that most in-car systems are still running a variant of Linux, which often means that UX is an afterthought – not only on the superficial UI level, but also deeper in the tech setup. Things like responsiveness are not high on the list and need more than just good will to get to the level people are used to in the digital world.

You can watch videos of all the talks on the Web Summit Facebook page.

Is Linux the future-proof OS to run all automotive systems? Find out what we learned from TU-Automotive Europe.