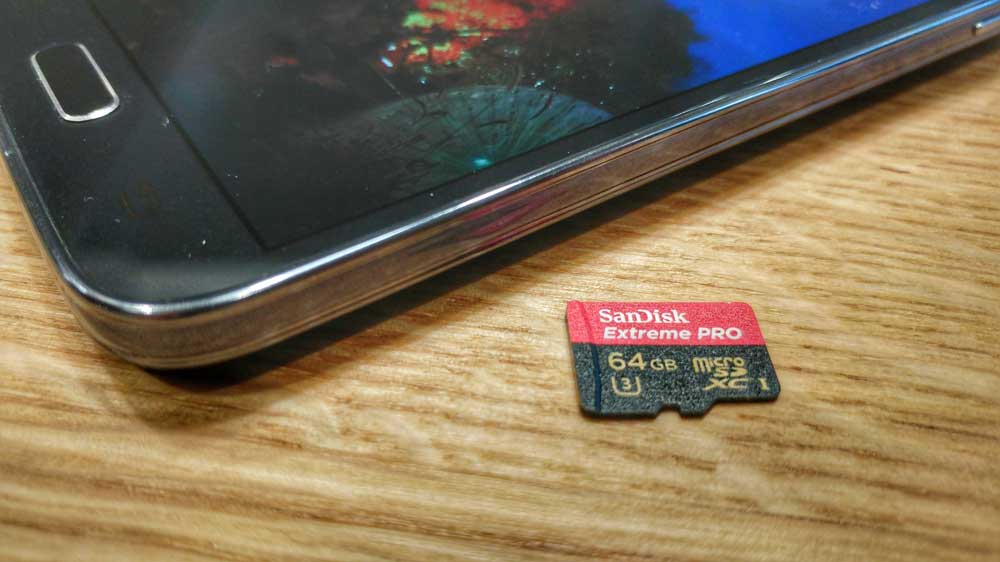 Here’s an interesting fact for all the cameraphiles out there. By the end of 2016, an estimated 1.1 trillion pictures were taken by people using mobile devices and still cameras around the world! Not to mention the number of smartphones with 4K video recording capability continues to grow.

There’s one thing related to this we don’t often think about, however. All these amazing pics and videos need to be stored somewhere. Thanks to the cloud, storage is typically an “out of sight, out of mind” thing for a lot of people. Everything gets backed up for us behind the scenes. While cloud storage is provided free by many providers, the network fees for uploading large, high-resolution photos and videos can quickly burn through your data limit or add up in overage fees.

Memory cards, on the other hand, can usually be purchased at an affordable price, making them an attractive local storage option. Although Samsung launched its first Universal Flash Storage (UFS) memory cards in 2016, SD cards are still the predominant memory cards in cameras, smartphones, tablets, GPS units, video game consoles, and many other electronic devices. Because SD cards are so ubiquitous and have been around for decades, they’re easily swappable between devices.

The SD Association – with members such as Toshiba, Panasonic, Canon, Tuxera, and others – is responsible for maintaining the standards related to SD card storage. In 2016, they launched the fastest speed class yet for SD cards: Video Speed Class. This new class brings zippy speeds and better performance to SD cards. But how does this new class compare to the previous ones? To help sort things out – and to help make choosing SD cards a bit easier for video recording – we put together this quick guide. Plus, we’ve summed it all up nicely in an infographic for you at the end of this post.

First things first. You of course need the right physical size for your device. SD cards used to come in three sizes: standard (SD), miniSD, and microSD. SD cards are the largest and have a “cut corner” design. MiniSD cards are lighter and smaller than SD cards. This size is not commonly made or found today since the launch of microSD cards (the smallest SD card of all), however. As a matter of fact, SDXC cards, explained below, are not found in mini size at all.

Secondly, you’ll want to get the right amount of memory, or capacity, to meet your needs. The SD specifications developed since the year 2000 have led us to three different standards: SD, SDHC, and SDXC. Each standard supports a different capacity, or the amount of data you can store on it. SD offers up to 4 GB, SDHC from 2 to 32 GB, and SDXC can hold up to 2 terabytes!

The speed class rating was introduced by the SD Association as a way to quickly provide information about the minimum write performance of the card. The idea was to help you decide which card to purchase to meet your specific usage needs. The speed class rating shows the minimum speed of the card, not its actual speed. If two cards have the same class, it doesn’t automatically mean that both cards will perform equally. Manufacturers usually go well above those minimum requirements and offer much higher speeds. In addition, the device using the SD card also plays a part. A card might support writing at 100 MB/s, but the device might not be capable of sending data as fast as it can be written. That’s why it’s important to check SD card compatibility from your device’s user manual or tech specs.

The original speed class was plainly named “Speed Class” and is designated by the Speed Class Mark (shown in the infographic below). Speed Class simply indicates the card has the minimum write performance to record video. The classes are 2, 4, 6, and 10 and correspond with the minimum write speed in megabytes per second. These classes are used in camcorders, cameras using video mode, dash cams, and smartphones covering video formats up to Full HD.

UHS stands for Ultra High Speed and offers high performance on UHS-compatible devices. This speed class is known for very rapid data transfer – up to 312 megabytes per second – from the SD card hardware to the device central processing unit (CPU), otherwise known as bus-interface speed. These classes include UHS 1 (U1) and UHS 3 (U3) and support full HD to 4K video formats. UHS classes are used in UHS-compatible devices such as action cams for real-time broadcasts, large-size HD videos, and high-quality professional HD.

Cards marked with the “V” speed class offer the fastest speeds available and best performance for ultra-high resolution, high-quality videos, and multi-file recording. Multi-file recording refers to video data recorded simultaneously with data from another sensor, like location and altitude data in drones, for example. The Video Speed Classes are V6, V10, V30, V60, and V90, and the numbers correspond with the minimum write speed in megabytes per second. This class supports from HD format up to 8K video in drones, 360-degree cameras, action cams, and VR cameras.

To recap, not all SD cards are the same: size, capacity, speed, and intended use are the determining factors when deciding between SD cards. Even though cloud storage is in the spotlight, SD cards are an easy and affordable way to get extra storage on your smartphone, tablet, or camera.

And now for the infographic: